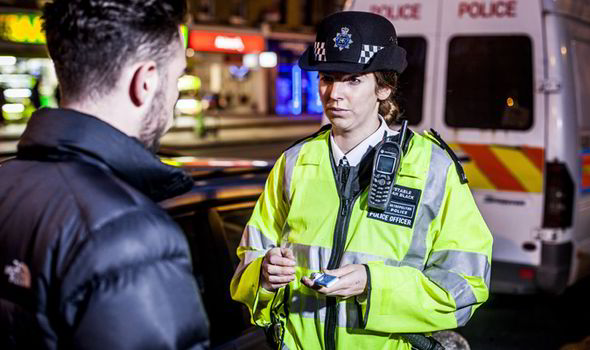 From March 2nd 2015 there have been much stricter rules on drivng under the influence of drugs. These include legal and illegal drugs. The illegal drugs are LSD, Ketamine, Heroin, Ecstacy, Cocoaine and Cannabis and prescribed drugs include Clonazepam, Temazepam, Flunitrazepam and Diazepam. If you are not sure whether the drug or the doze is safe, then it is best to just not drive. Read all instruction in packets on prescribed drugs and check with GP or pharmacist if you are not sure. If you do not know what you have taken, then just do not drive.

In 1998 there was a new plastic card and paper counterpart driving licence issued. From June 8th 2015 this paper part was no longer issued so you just need a photocard instead. The DVLA hold all of the penalty notices and licence status information on a database instead. If you still have a paper licence, then check carefully as you may need to upgrade it to a photo one.

The allowed speed limits for HGV’s were changed in April 2015 meaning that they can now drive at higher speeds in England and Wales. These mean that on a single carriageway it is now possible to drive at 50mph rather than the 40mph limit previously imposed. On a dual carriageway the limit has been increased from 50mph to 60mph.

In October 2015 a law was brought in which makes it an offence for an adult to smoke in a car if there is a young person, under the age of 18, in that vehicle. If caught, there could be fine of between £60 and £10,000 and there will be penalty points issued on the drivers licence.

Car tax paper discs are no longer necessary as all information is now held on a national computer by the police. However, tax can now not be transferred when the ownership changes on a vehicle meaning that a new owner must buy their own tax. However, it is possible to get a refund on any tax overpaid when a vehicle is sold.

Advice for reducing your motoring costs
How to Maintain Your Car: Know when Your Axle is failing